From the Farm Desk: What We Did for (Tomato) Love...or, The Charge of the Night Light Brigade

...or, How Spencer's Gifts Saved the Farm, while we're at it. 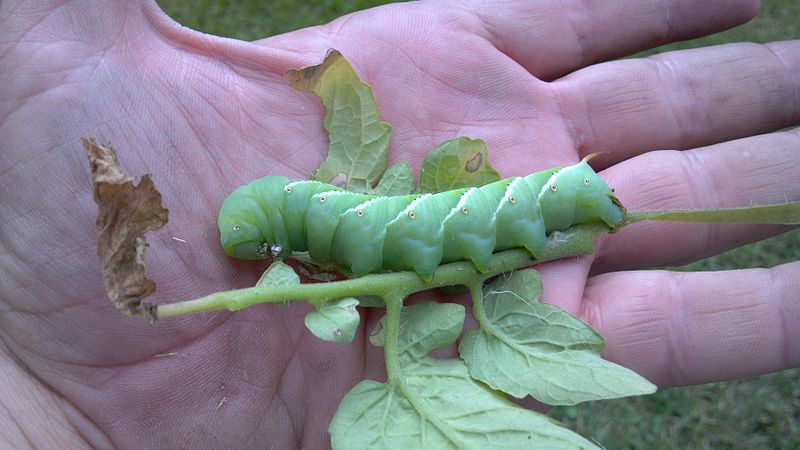 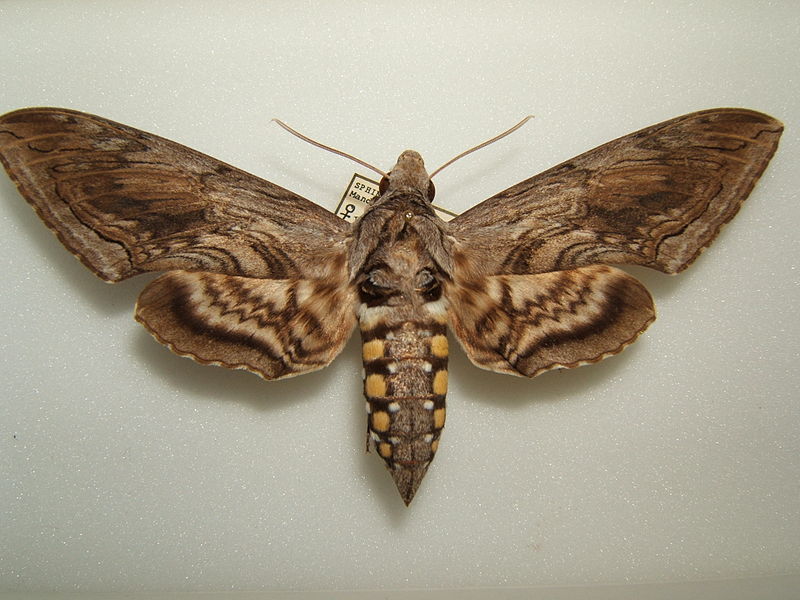 This story has so many angles I don't even know where to begin...but let's vote for my observant crew, who came back from twining the tomatoes, middle of last week, to tell me there were some hornworms eating the plants.

Not having actually walked down one of our tomato rows in a few days, I was minimally concerned. We always get hornworms (click here if you want a good image of what I'm talking about), we spend some time picking them off, we get a half-dozen or so per session, and life goes on.

But when I got around to making a patrol a day or two later, Suddenly The Mood Turned Ugly. I found over a hundred worms one afternoon, another 100 the next, and saw evidence of 100s more in the form of highly decimated plants. Not only were the stems of an alarming number of plants eaten down to the nubs, but many a tomato fruit had been ruined--sampled by a picky worm, the classic few bites taken before it moved on (who knew the worms had enough brain cells to have Prima Donna Syndrome?). Naturally, I did what I always do in such situations:

At least for a couple of days. In case the problem decided to solve itself...that happens sometimes, don't it?

But when I finally decided to allow my mind to grok the situation, it was grim. Each time I'd gone out to scout worms, I'd covered only a third of our tomato territory at best, and lost several hours even so. The worms are so cryptic, as many of you gardeners out there know! I had to face the fact that our tomato crop might chalk up as a ruin, and the season along with it. Unless I did...something.

My on-line research initially established that the worms are not a problem on commercial operations (hah!), and that my only recourse as an organic farmer was to spray a certain bacterium (Bacillus thuriengensis or "B.t.") on the crop.

I hafta say, I couldn't get excited about that opportunity. I know loads of organic farmers who use B.t., and I know that I myself have introduced living organisms (such as tomato plants!) where they weren't before. But somehow for me the use of such a tactic falls outside of the category of "Fair Fight." So I read on...and came across this curious unattributed claim in Wikipedia:

“Using an ultraviolet light source of 375nm and viewed behind a blue-blocking filter (yellow or amber filter), a tomato hornworm fluoresces in bright green while a tomato leaf appears deep red/amber.”

A long while later, after unsuccessfully surfing farming sites for mention of anyone using this Fun Physics Fact to his or her advantage, I had a visit, in effect, from Uncle Bob. I don't know Uncle Bob, but I will be eternally grateful to him for posting a youtube of his approach to catching hornworms at night. In Bob's video, the worm glows like...well like a glow worm! Its Achilles heel, revealed, as if God had chosen to even out the odds for those patient enough to acquire the Secret Decoder Ring.

Okay, so now I had corroboration...but where could I get consummation...where could I find such a light without waiting days for it to come in the mail? (Now that I was in "Do Something" mode, every day meant another 100 plants or more destroyed, and delay couldn't be tolerated.)

So, that was the question I put on front-burner Wednesday morning at 8 am. Wednesday at 10 I was still on the phone, on the computer. Many a hardware man (in Kent, New Milford, Cornwall) had asked blankly, “Well, whuddya use one of those for?”—precisely the kind of thing, I thought, that they were supposed to be able to tell ME! Home Depot sold tons of them, but only in Arizona and down South where people use them to spot scorpions. I read somewhere online that they are used to help (neurotic?) people spot the outlines of pet stains (so they can clean them thoroughly), and Petco had a $3 device for same that I ruled out as too flimsy. I read somewhere else online that they are used to help (even more neurotic?) people check out the cleanliness of their sheets in motel rooms, but decided against entering that mental arena any more than I already had.

I read somewhere even else online that glass repairmen use them to find cracks in glass, and Steve of Kent Glass kindly returned my call to suggest that I try Party Depot, of all places. I called them, and they DO have black light, but only for Halloween. I was getting a little wit's-endy when....

Enter...Dave Paton. Unlike Uncle Bob, I DO know Dave Paton (he's my boyfriend), and I will be eternally grateful to him, too, for the phone call he placed to me midday Wednesday, and his actions that followed. Unbeknownst to me, he'd been researching my potential solution during his lunch hour, and hit paydirt far faster..

He'd found that Spencer's Gifts (that cheesy mall-based purveyor of lava lamps, glow-in-the-dark Elvis posters, and vibrators) had exactly what we were looking for (if you're gonna buy a glow-in-the-dark poster, you might as well go all the way), and he was committed to jumping in the car as soon as his workday was done, driving the hour to Danbury, and coming back to the farm for a nighttime trial of this Brave New Technology...

Long story short, if you were driving by on Route 7 anywhere from 10 pm to 1 am on Wednesday evening, you might have noticed a trio of purple blurs out in our fields. Dave, Vincent, and I were picking hornworms like mad, gleefully enabled by this fantastically, almost magically, effective method. As Dave crowed, just seconds after heading the vanguard into the tomato patch, “It's like lights on a Christmas tree!” It did have that magical Christmas feeling...because in organic farming, most “solutions” only work about 40% well, if that, and you have to get used to it. This was one weird solution, oddly unsung in organic farming literature (still scratching my head over that), that seemed as close to 100% as you could ask for, without any big biological weaponry involved, even. What's not to like?

That first night, we collected over a thousand worms, weighing a total of 11.3 pounds. (And whereas, when you try to find them in the daytime, minutes pass between detections, here it was mere seconds). Thursday day, we all agreed that there seemed to be a different “energy” in the tomato patch...much lighter. But the proof was in the pudding of Thursday night. We headed out again with bated breath...and to our relief found a scant 2 pounds of worms. The tide seems to have turned... 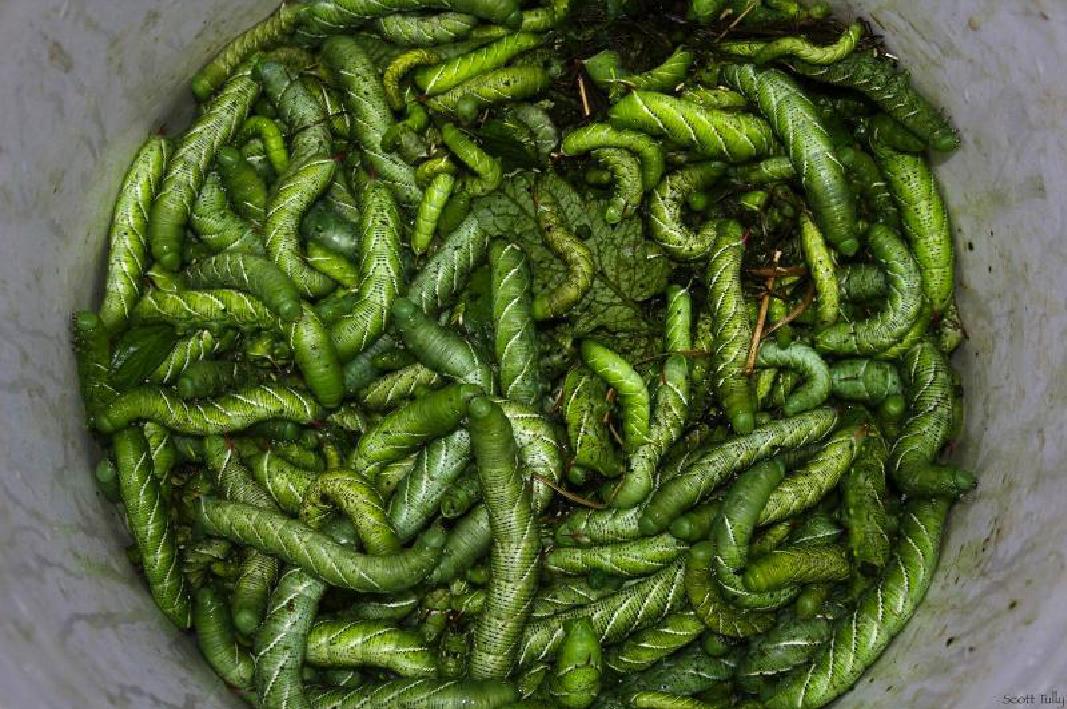 So what, you might ask, do you do with 13 pounds of tomato worms? If your name is Vincent Grossi (that long tall fellow you've seen gracing our fields and farmstand this season), you bring your delightful openness to the world, and embrace the experience of considering these worms as delectables. You read that right: Vincent has already enjoyed several meals of these buggers, mostly a la fried green tomatoes (dredged in egg and flour etc.). He can't decide whether they taste more like peas or beans.

Myself, I'll sit that one out. I'm headed over to my desk,...to write me a donation to Wikipedia.

In Closing
Looking forward to seeing you, and with deep thanks for your support,
Megan Haney, Owner/Operator, Marble Valley Farm 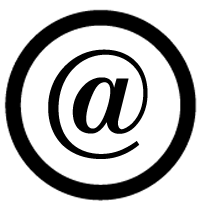 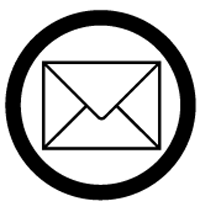